He lived in a hostel, away from his parents. I thought the reason why he wanted to be friends with me was the home made meals he got to have at my place sometimes. He was full of big dreams; he told me he wanted to see the world and take me with him. I listened to him intently as he told me what America would be like, why we had different time zones in the world and why the western world would give us a better life. He had a picture of an aeroplane under his pillow, which was supposed to remind him of what was at stake when he woke up in the morning. For two small town kids in India, these were indeed big dreams.

Over the years, I saw this boy set specific goals, lay out detailed plans of achieving them, and then ruthlessly execute those plans – even when it meant hurting the emotional side of me at times. He was an Engineer at 19, and was in New York finishing his Masters within a year of that. He came to my house all alone and asked my dad for my hand in marriage, at 21. His fearlessness has sometimes made me fearful.

He was next to me when I first logged on to the Internet, and he was receiving me at the airport when I took my first flight. He taught me how to drive a car, and how to order food at a taco bell. There have been plenty of ups and downs in our journey, but it has been an exciting one! Today, this boy grows his moustache out for Movember and we are celebrating his 34th birthday in Vancouver. He still has big dreams, and an even bigger appetite! I can’t wait to find out what the future holds for us! Happy Birthday, babe!

Put the batter in the greased pan and bake for 30-45 minutes until top is golden brown. Insert a toothpick in the middle of the cake and make sure it comes out clean. Let it cool for at least 30 minutes before removing from the pan. 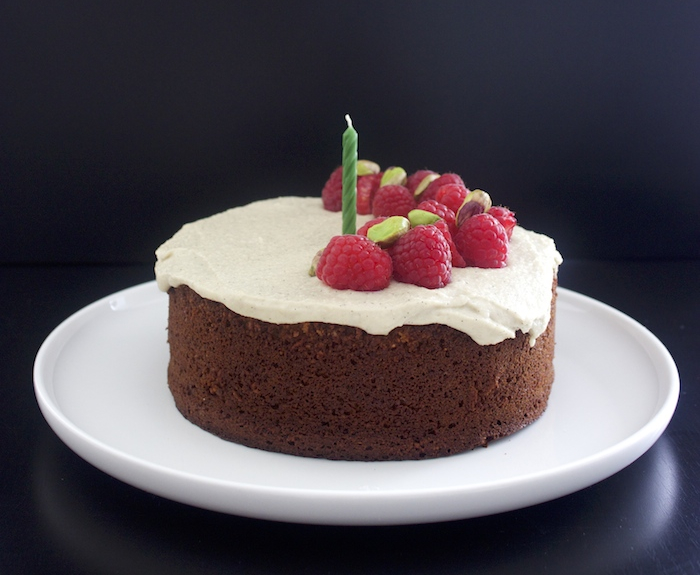